For people in 2018 who are looking for a fast, stable, and flexible browser, Vivaldi more than does its share in that department. Vivaldi is a browser built by Norse company Vivaldi AS in Oslo, Norway. Vivaldi hasn’t been around as long, it was only released in 2016, but even at time of release, many users found it to be almost on par with every other long-lived and stable browser on the market. Vivaldi is built on open source software Chromium, with a more proprietary finish on top. They often rely on chromium codecs or codecs found on your system to handle playback, for this reason, Vivaldi might take some tweaking to get fully working on some Arch systems.

Vivaldi doesn’t track its users, the founder of Vivaldi was the co-founder of Opera and many of his beliefs during his time at Opera came to Vivaldi with him. In Norway, there are stronger regulations dealing with tracking and the like as opposed to the United States. Not to get too political in this review, but the founder of Vivaldi himself has been cited saying that there needs to be better regulation with regards to the immense level of tracking that goes on these days. Note, Vivaldi doesn’t track users, however, they do collect platform information to determine the userbase across Windows, Mac and Linux, if this bothers you, you can choose another browser, but most browsers these days collect copious amounts of data.

Vivaldi browser is feature rich out of the box, something that many browsers today are lacking, it has innovation, changeable and configurable interface design. The browser at time of writing is based on Chromium 64, the latest version to date. Both versions of Vivaldi have that in common. Yes, for those who want bleeding edged software, Vivaldi has a Snapshot option that caters to you. Vivaldi-Snapshot features all the usual configurations and tab stacking with the added sync feature. Sync is a feature that Opera has had for a while now and Vivaldi only recently started implementing it. The reason was always that Vivaldi wanted to do it correctly before passing it on to mainstream. As far as I can tell, the feature really does do what it says. I have yet to notice any complications. The browser opens quick in the new Snapshot version which is version 1.15 on their website(my version is 1.15.1099.3). For all other users, there is a 1.14 version that is currently the stable channel.

Upon start up, Vivaldi has a quick setup menu which runs you through a few steps to make Vivaldi look the way you want it to, but it doesn’t go very in depth. To get more settings, you have to click on the V icon in the Left-top-corner of the browser window

and go to Tools > Settings. The Settings dialogue pops up with various settings. Each configuration has its own separate tab. Themes, Appearance, Start Page, etc. Under appearance, I usually check the box that allows settings to open in a new tab. 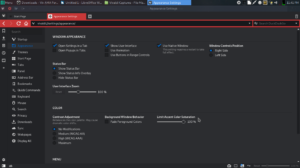 This will make settings take a full page next time. If you want performance over crazy effects and features, the settings tab under Appearance might also have benefits for you, This tab also lets you set or unset animations and use native window management(Adds a native looking border around window). This might be helpful on lower spec systems. Also disabling fast forward buttons in address bar might help as well. 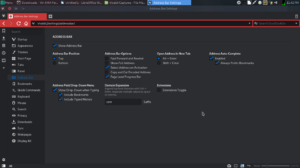 When it comes to features, Vivaldi definitely has something for everyone, a browser built with power users in mind. Vivaldi also offers keyboard and mouse gestures. The browser allows for tab stacking and rearranging which is something that other browsers don’t seem to have at the current moment. Vivaldi has a function that controls audio in tabs, but sadly, doesn’t let you pause background tabs which play video out right. To do this, you kind of have to go into the tab bar and right-click and look for Hibernate Background Tabs option. This will essentially slowdown, or completely stop running tabs in the background which is fantastic if RAM and processor power are important to you. Vivaldi is definitely a fine replacement for Chrome and Firefox as of 2018. For more information, go to their website, link below.